“A poignant, heartfelt tale of endurance and hope. Schonborn’s story is an inspiration to all who endure physical or mental health challenges and those who care about them.” U.S. Secretary of State John Kerry 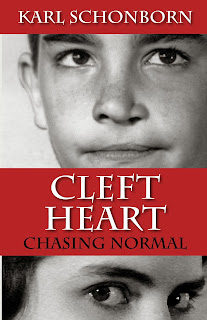 Karl Schonborn’s silver tongue is locked away for years by a birth defect that makes his speech unclear and his face asymmetrical. Bullies target him for this and even for being restricted from PE and sports. But with courage, humor, and his family’s love, he overcomes shame, handicaps, and personal losses that might have defeated others.
Skilled doctors, speech therapists, and his own determination allow him a shot at his dream of becoming a debate star and attending an elite college. However, after various successes Schonborn must deal with reverses in his love life and worse--unspeakable tragedy in his family. Somehow, he survives, even thrives.
Spanning the WWII ‘40s, the conformist ’50s, and the revolutionary ‘60s, Schonborn’s coming-of-age story recounts, among other things, his friendship with a famous folksinger, conscientious-objection to the Vietnam War, and an amazing around-the-world odyssey. His story, like the stories of the speech-challenged Greek orator Demosthenes and British King George VI, will have you crying and cheering at the same time.


Enter to win a paperback copy!

Giveaway ends November 15, 2013.
See the giveaway details at Goodreads.
Enter to win
Posted by Wayman Publishing at 6:29 PM No comments:

Available on iTunes, Audible, and Amazon, "The Sword of Senack" is now an engaging audiobook. The paperback version was originally published by Wayman Publishing in 2012. EC Stilson wrote this book after her son died and her daughter couldn't understand why her brother was gone. "I needed to write a story about adventure and intrigue, trying to use metaphors to explain what happened. But then the book took off, and became something quite different."

Since 2012, Stilson's fantasy book has captivated children nationwide. She's spoken at dozens of assemblies across across the western states, been to signings for "The Sword of Senack" anywhere from Utah to Los Angeles, California. And now after all of that, the audiobook version is finally here.


Enter below for a chance to win a paperback copy.

The Sword of Senack

Giveaway ends August 18, 2013.
See the giveaway details at Goodreads.
Enter to win
Posted by Wayman Publishing at 10:12 AM No comments:

"The Blogger's Survival Guide" is Now an Audiobook!

Need help with your blog?
Listen to an audio sample of this helpful guide.  The Audiobook version of "The Blogger's Survival Guide" can be purchased on iTunes and Amazon.

Narrated by Doug Hannah--and already featured on FOX News--this self-help book is sure to help many readers.


See Wayman's other audiobooks HERE.
Posted by Wayman Publishing at 8:36 AM No comments:

Listen to an audio sample of Thomas Sullivan's hilarious collection of essays.

Like humor? Listen to an audio sample of Thomas Sullivan's hilarious collection of essays HERE.  Narrated by David Gilmore--and already featured by CBS News--Wayman's latest audiobook is sure to delight many listeners and readers. 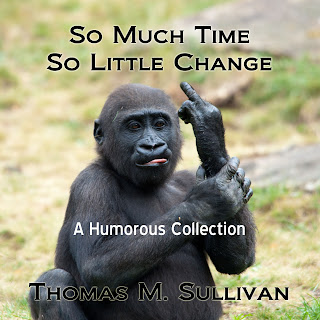 EC Stilson interview with Brian Shirley about How to Avoid Having Sex. Join them HERE on BTS Radio 6/19 4:30pm EST.

Also available as a podcast.

Enter to win a paperback copy (2 available) of EC Stilson's featured novella, "How to Avoid Having Sex."

How to Avoid Having Sex

Giveaway ends July 17, 2013.
See the giveaway details at Goodreads.
Enter to win
Posted by Wayman Publishing at 7:12 AM No comments:

Like fairy tales? Listen to a hilarious audio sample HERE. 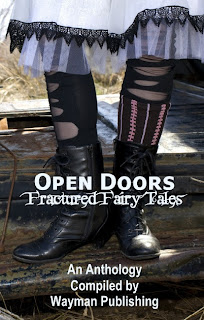 Giveaway ends July 17, 2013.
See the giveaway details at Goodreads.
Enter to win
Posted by Wayman Publishing at 7:11 AM No comments:

If you'd like your Random Acts of Kindness post(s) considered for publication, please send the post to:
editors@waymanpublishing.com

All profit from this book--through 2013--will be donated to charity. Also, today is the last day to try winning the iPad Mini (go HERE for details), and download the FREE eBooks from Wayman Publishing below.

Other big news! Many of Wayman's books will be available as audiobooks within the next few weeks including:

Laughing into the Fourth Dimension


Don't miss out on the great posts below:
Posted by Wayman Publishing at 6:23 PM No comments:

The Random Acts of Kindness Blogfest is Almost Here!

As a Random Act of Kindness, Wayman Publishing is offering these eBooks for FREE download during the Blogfest (May 27th - 31st).

Buy any of Wayman Publishing's books/eBooks—the FREE eBooks (above) included—and be entered into our iPad Mini Sweepstakes! Visit this link for more info: ow.ly/jsQVv


Feel free to join up anytime from May 27th-31st.  Just sign up at the bottom of this post, then write a blogpost about a random act of kindness that you've experienced in your life.
For the blogfest, you can write something for any/all days


Here's the button for the blogfest:

After the blogfest (if participating authors are interested and posts are approved) Wayman Publishing would like to publish an anthology from the posts written during this blogfest.  ALL profit for this (through 2013) will be donated to charity!  The kindness will spread even more.